For a long time now, I’ve been thinking about writing a blog post about ‘my story’ for those who don’t know me so well – recent friends, new acquaintances, even family, so today I’m actually getting round to it…

During this blog post, I want to mention and highlight a few wonderful people who have all played significant roles in different seasons of my life.

Firstly, I’m truly grateful to my parents (Wouter and Yvette Theron) for raising me in the best way they knew how and for teaching me the values of hard work and authenticity. I was born and raised in Zimbabwe, my home, and attended boarding school in Harare from the age of 5 until 17. When I was 14 years old, a very special friend of mine (who was also my dorm prefect at the time) Joanne Milligan, invited me along to River of Life Church. At first I thought ‘why on earth would I want to go sit through a long, boring, formal, stuffy service listening to an old guy preach at me and singing from hymn books that are not relevant to me today?’ My parents don’t attend church and this is what I thought churches were like, but Jo immediately went on to tell me that the church meets in St John’s high school hall, there’s a band and lots of boys! 🙂 Well I can’t remember if she used those exact words, but it’s what I discovered on the first Sunday that I went along. I remember thinking to myself ‘why not try it out? It’s better than being stuck at school on Sundays’ (as boarders, we would try anything to get out of school). Well, I can honestly say that that day changed the course of the rest of my life… 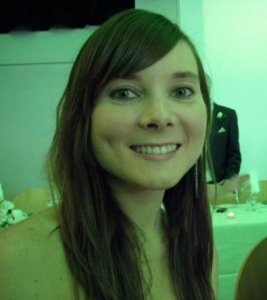 I was in my vulnerable teenage years, peer pressure at its strongest, where I could have chosen popularity, boys, sex, drinking or drugs over God any day. But I’m so grateful that God revealed Himself to me through River of Life Church – I asked Jesus into my life and I came to know His powerful love for me, I experienced a true happiness and joy and peace that I’d never known before. From that moment on, I wanted to live for my Father and Him alone, because the Father’s love can not be compared to anything else in this world. So many people search for fulfillment in the things of this world, but only God’s love can truly satisfy the longings in our hearts. If God created us, then surely He knows us better than we know ourselves, and He created us for Himself.

I left school and went on to secretarial college for a year, and sadly stopped going to church for a while. I had a fairly serious boyfriend who occupied my time at the weekends (and during the week), but after about a year the relationship ended and God lovingly drew me back to Himself.

The following year, I started working and studying a BA psychology degree part-time and started going back to River of Life church, which was then meeting in Mount Pleasant School hall. God gave me some real quality friends in church (male, female, black, white and Asian) who I genuinely had loads of fun with and who had my best interests at heart, one of them being Chipo Rwapunga, who was just always there for me whenever I needed a friend to talk to or get advice from. She’s a woman of wisdom.

By this time, I had a fantastic mornings-only job working for agricultural businesses doing their bookkeeping (also still studying at this stage), but River of Life church (which now has its own building in Eastlea) offered me a bookkeeping job. I asked God what He wanted me to do as I was being paid very well and I’d be taking a big pay cut for doing the same type of job and the same hours! It sounds ludicrous to change jobs for reduced pay, but money is not everything. So no surprise there, He told me to take the job! 🙂 So I worked at ROL Eastlea for a year and a half until I finished my degree. To this day, it has been the best job I’ve ever had, I loved every minute of it! There hasn’t been another job that I’ve enjoyed doing more. I had amazing work colleagues and a real sense of passion and purpose for the work I was doing!

However, for a long time I’d been asking God if He wanted me to move to the UK when I finished my degree, and eventually He said yes! I told Scott Marques (my boss at the time) and he said he’d ask around the Newfrontiers UK contacts if there were any available jobs (ROL Eastlea is part of the Newfrontiers International family of churches). To cut a long story short, through the combined efforts of Scott Marques and Sean Mullens, I started work at the Newfrontiers office in Brighton, UK as Matt Simmonds’ PA in December 2007. Matt was responsible for Newfrontiers Media & Comms and Newday event at the time.

At the Newfrontiers church in Brighton, I met my special Australian friend Ali Devitt 🙂 If it was not for her, I don’t think I would have lasted in the UK as long as I did. Ali introduced me to a host of other friends in church, we went to loads of social events and even travelled around Europe! It was a real season of enjoying my youth – fun, friends and travelling 🙂

After a year and a half of loving life and good friends in Brighton, God spoke to me again and said it was time to move to London! This was not what I wanted to hear as I was nicely settled in Brighton, I had good solid friends and I was loving my job – I didn’t want to start from scratch all over again.

Anyway, there was a job vacancy advertised by email for an Office Administrator at the Newfrontiers London office, so I thought I’d apply for the job and see what happens. I was asked to go to London for an interview and then got offered the job! Within a month, I had moved to London and started working as the Office Administrator at the Newfrontiers London office in May 2009.

When I started the new job, I met my wonderful husband Anthony Somerset who was working as the IT Co-ordinator for Newfrontiers UK at the time. We were friends and work colleagues for a long time before anything further happened between us. Then (thanks to the matchmaking skills of my boss Sharon Mukungu) we finally took a huge risk entering into a relationship because of the fact that we were working together. It would have been hard to continue working together if the relationship hadn’t worked out. However, just 4 months later we were engaged and 4 months later we were married! 🙂 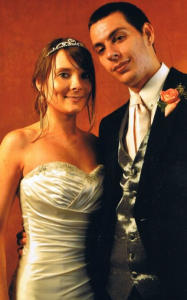 For 3 and a half years, I lived and worked in London.

For almost 2 years of marriage, Anthony and I lived in London together.

Then we both felt that God was wanting us to move back to Zimbabwe and start a family, so in August 2012, we packed up and moved to Zim when I was 4 months pregnant. 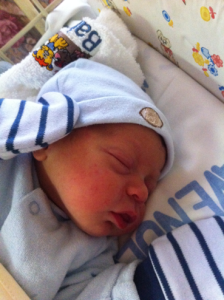 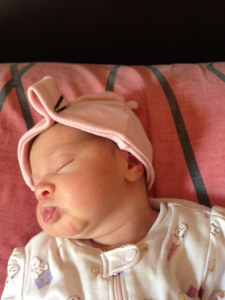 Both our children are such huge blessings to us and they’ve brought us so much joy and happiness and laughter 🙂 Yes indeed children are very hard work, but we love them to bits and would lay down our lives for them and we’re so grateful to God for each of them! 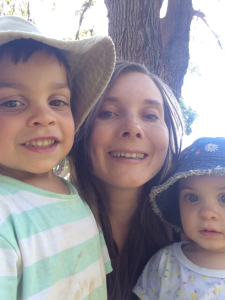 Anthony, being the incredible husband and father that he is, has provided for his family and looked after our financial needs, which means that to this day I’ve not had to go out to work, but instead I’ve had the huge privilege of being a stay-at-home mum. It’s the hardest job I’ve ever done, and day after day I’m having to rely on God to give me the grace and patience and love to discipline and raise my children in a way that leads them to Him, our Heavenly Father, who created them and loves them more than I do, because He literally laid down His life for them.

I’m so excited to see what God has in store for us in the future, I love living a life of adventure with Him!

This site uses Akismet to reduce spam. Learn how your comment data is processed.